You might have roamed the streets of Krk or Vrbnik and noticed stone containers in countryards as decorations or containers for flowers. As you may imagine, the locals wouldn’t go through that much trouble of hand making stone containers just to keep flowers in them. Kamenica (Croatian name for the stone container) was originally made for storing olive oil or cheese in local families. Until 50 years ago, every house had at least a few, all of different sizes, each for a different purpose. The smaller ones were made by locals themselves and its purpose was solely to contain food for chickens or other animals. 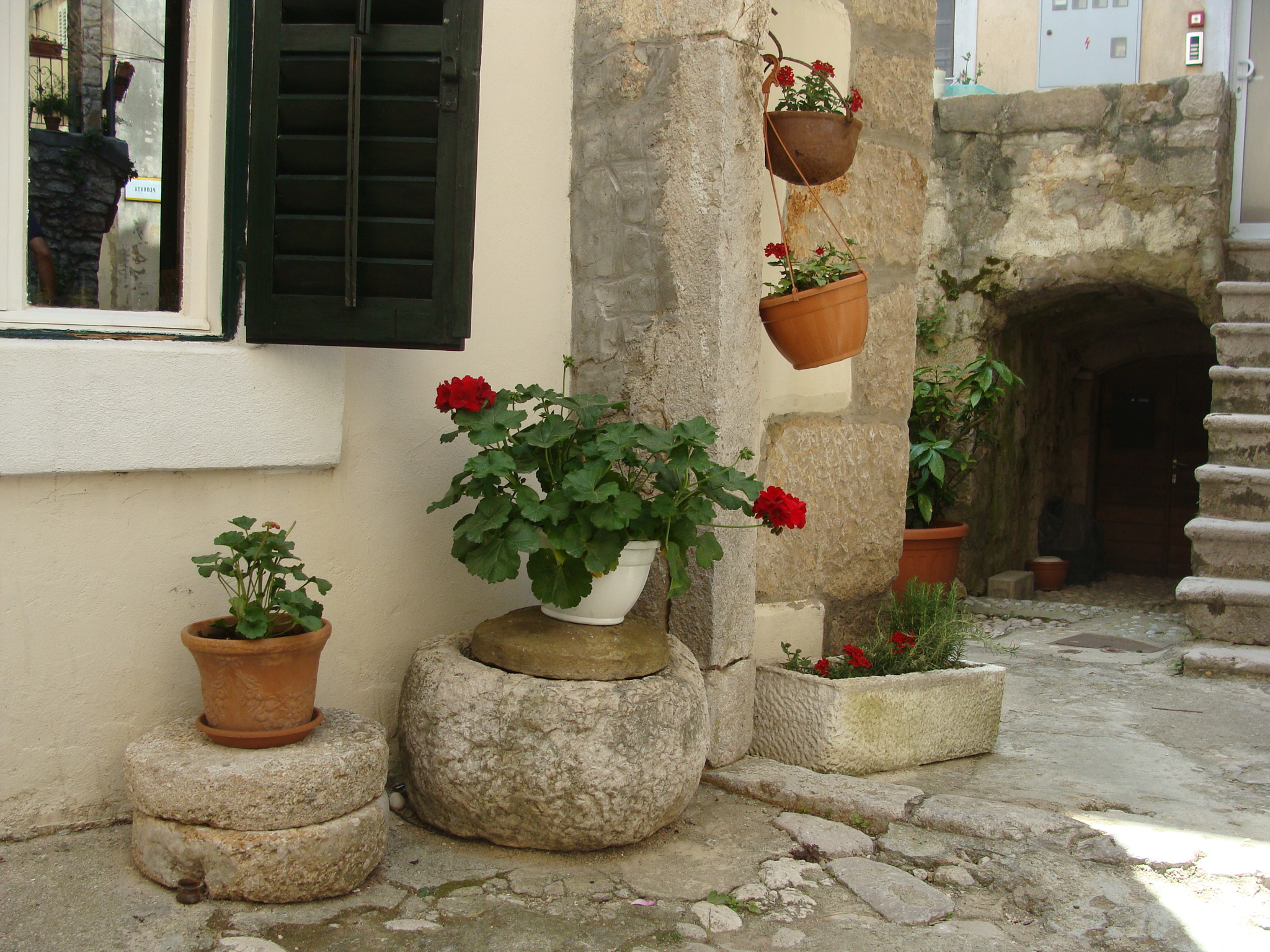 The Story of Master Stonecutters

On the other hand, the bigger ones were made exclusively by master stonecutters. Making a large stone container by hand was a precise and difficult work! The stonecutters were paid in goods using the barter system. Once kamenica was finished it was filled with wheat twice (or if big, four times) as a payment to the stonecutter, who would then barter the wheat for other things. During the process of making stone containers, the shards of stone would come off and hence, therefore stonecutters wore special wristbands made of leather to protect their hands and special eyeglasses to protect their eyes.

It wasn’t an easy job, that’s for sure. The order process began after the stonecutter would visit the customer’s home to examine the allotted space for the container. He had to make sure it fits the space. The first step was to remove a stone block from the ground at the quarry, followed by drilling deep holes one next to the other, as deep as the future kamenica was tall. These holes were filled with previously dried wooden branches, and then watered over a period of a few days. They would eventually expand enough to push the stone away from its foundation. The stone was then inspected and only an experienced master could judge at that point whether the stone should be cut or not. It had to be a monolith without veins, and could not be porous or contain any holes. Nobody wanted to waste their time taking a large, heavy stone into their workshop only to find out it had too many ballasts. Then it would be lifted by a crane onto a wagon led by oxen that would drive it into the master’s workshop.

It was cut from the centre towards the edges using a hammer to hit an iron stake thousands of times. The sides of kamenica were no wider than 8 cm.

The final step, before being delivered to its owner, was turning the kamenica upside down and placing it on a holder. Below the stone container, branch of a plant juniper would be smoked. The smoke gave the freshly-cut stone a protective layer which protected kamenica from being corroded by oil. Olive oil has a high acid content, which over hundreds of years is known to corrode stone.

A “smoked” kamenica was cooled over a few days, then washed with vinegar, then water, and in the end dried out using a cloth. This process was repeated annually when the kamenica was emptied, before filling it with that year’s olive oil.

Large kamenica were always kept on the ground floor of the home, in the konoba (local word for cellar) where the temperature was low. A large kamenica would have caused the wooden beams in the floor to crack or break due to its weight. Also, the oil would quickly go rancid in the warm room.  For this reason only smaller kamenica were kept in the kitchen, holding only enough oil to cover needs of few days.

One of the Legends we know about Kamenica

A good stonecutter needed to have good quality tools, in this case a very sharp, thin and strong chisel. The most famous blacksmith in Punat – Karlo Perentin (1886-1942) inherited his tools and working techniques from the oldest workshop on the island. He did not cool his chisel in water but in the urine of female horses-mares, which would make them especially hard. When mare urine was not available, he allegedly used the urine of virgins. This made it convenient for him when settling customer complaints as he blamed it on the urine of virgins which must have lied about being one!

Find out more about 4 Things to Enjoy in Punat